Oil prices are surging, as the market is finally recovering from the 2014 supply glut, and we've got the best oil stock to buy to profit from higher crude prices... 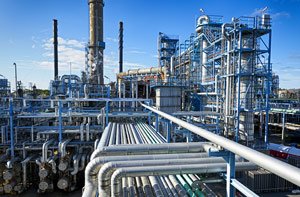 Growing global population, industrial development, and the exponential expansion of the global economy are on track to boost international oil consumption to 118 million barrels a day - a 20% increase over today's levels.

It's a company that's set up to benefit from oil's short- and long-term boom - a great investment for those investors looking for reliable returns.

Before we get to our pick, let's take a closer look at the catalysts behind oil's spectacular potential...

Russia has responded to rising demand by upping its output to 10.97 million barrels per day in March - an 11-month high for the world's largest oil producer.

And demand is only set to increase - not only in the short term, but in the long term, as well.

According to Barron's, the size of the world economy is expected to double in the next two decades. This is largely the result of the rapid expansion of the global middle-class population - it's estimated to grow from 3 billion in 2018 to 5 billion by 2030.

The short-term production boosts and long-term growth potential of the oil industry has set the stage for significant profit - if you know what to buy.

Much of Wall Street will tell you to stick with the oil industry giants - companies like Exxon Mobil Corp. (NYSE: XOM) or Royal Dutch Shell Plc. (NYSE: RDS.A).