Marijuana stock prices popped Wednesday (June 20) after Canada's Senate approved a bill that would legalize cannabis across the entire country.

Canada is now the second country in the world - and first in the G7 - to fully legalize marijuana. Uruguay legalized cannabis production, consumption, and sales in December 2013. 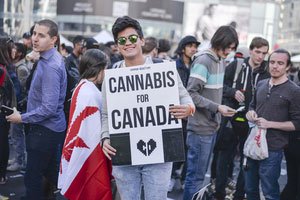 Now, let's take a look at three of the biggest cannabis stories in the news...

The Senate bill passing in Canada was the big headline.

But there were plenty of other developments in the marijuana space generating buzz.

Thank you for the input. I'm happy to see the 12 stocks I invested in Canada went up 5% overnight. This is thrilling and I'm so happy I made the decision to invest!