One of the biggest issues for marijuana companies right now is setting up a bank account. Because cannabis is still illegal under federal law, banks are afraid of federal crackdowns.

That means a marijuana dispensary can't deposit cash or take out a loan to help grow its business.

However, that could soon change... 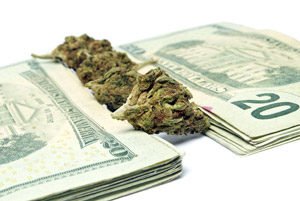 The administration of New York Gov. Andrew Cuomo said state regulators "will not impose any regulatory action on a New York State chartered bank or credit union solely for establishing a banking relationship with a medical marijuana-related business that operates a compliant business in New York," according to a July 3 MarijuanaMoment.net report.

As long as banks comply with Obama-era Justice and Treasury Department memos, they won't have to worry about being hassled by the state.

Of course, what the federal government wants to do is a different matter.

But this is still a promising development.

Now, let's take a look at three of the other biggest stories developing in the marijuana industry...