On June 21, I told you about a way to double your money on one of the most undervalued companies in the market. 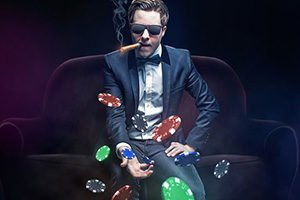 However, I knew there was a chance for Money Morning readers to make close to a 100% return on DDE stock...

The stock was extremely undervalued, making it ripe as a takeover target.

On July 23, Dover announced it was being sold to casino operator Twin River Worldwide Holdings Inc. for an unknown amount.

The deal is expected to be finalized by the end of the year.

But I'm not just looking for a pat on the back.

I want to share how I identified the profit potential from DDE so you can also find even more double- and triple-digit winners...

Why I Knew DDE Could Provide Massive Returns

On June 21, I explained how I knew Dover was a steal.

"DDE is trading at roughly .53 of book value. This means that you can liquidate Dover Downs, and the sum of its assets are currently worth more than its market capitalization of $56.08 million."

The Gains on This One $10 Stock Alone Could Earn You Enough to Retire - Click here now for details.

You could have sold all of its slot machines, its seats in the stands for scrap metal, its hotel and banquet hall, and every other asset on the books.

And just through liquidation, you could have gotten a return that was nearly double what the stock was trading for back on June 21.

Also, DDE was trading at 7.53 times operating cash flow. We are always looking for stocks trading under 10 times cash flow as a good proxy of value.

On top of the book value and operation cash flow metrics, four of Dover's six members of the board of directors (an extremely small number for a leadership team) were over the age of 70. This signaled that the company likely had little succession plans in place.

And I knew a smart firm would eventually see the same profit opportunity.

I originally expected MGM Resorts International (NYSE: MGM) to make an offer, but Twin River capitalized on the situation.

The markets completely gave up on Dover Downs, allowing it to trade at an incredibly low valuation.

When a major trend like sports gambling emerged, we quickly found deep value and got a big return in roughly 30 days.

That's just one way you can make a fortune by buying the right stocks...

If You Want Proof You Can Make Over $100,000 By Rolling Stocks Over and Over Again... Pay Close Attention

Has DDE reached it's peak and it's a "sell" now or does it have room to grow and should be a hold?