Love them or hate them, the Kardashian family has created an empire. All together, the clan has an estimated net worth over $1 billion.

And now, Kim Kardashian has her eye on Bitcoin… 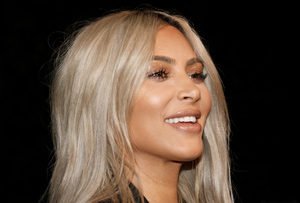 On July 29, the reality-TV star participated in the "If Only" Texas Hold'em Charity Poker event in Los Angeles, which raises funds for cancer research.

In a temporary Instagram post, she shared a picture of a physical Bitcoin on a poker table with the caption, "We moved onto bitcoin!"

Here is a recap of the top five cryptocurrencies by market cap as of 10 a.m. ET:

The Top Cryptocurrency Stories for July 30

A potential upgrade taking place behind the scenes could send the Bitcoin price to unprecedented highs.

Few people even know about this game-changer.

Click here to learn how you could make millions…

The Shocking Reason Why We Think Bitcoin Could Hit $100,000