We've referred to the increasing legalization of marijuana as being something of a gold rush in this space before.

We have some very good news on that front. 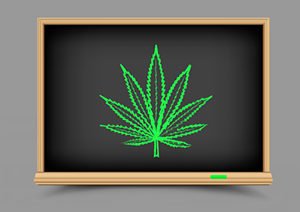 In a bit, we're going to discuss the top cannabis stocks to watch in 2018.

But first, let's hear from Money Morning Defense and Tech Specialist Michael A. Robinson about his recent visit to the Cannabis Business Summit & Expo in San Jose, California.

The keynote speaker at the event was James M. Cole.

Cole, who was the Deputy United States Attorney General in 2013, recommended then that states that had legalized marijuana not be subject to federal intervention.

The STATES Act Is Good News for the Cannabis Industry

Cole's recommendation is often referred to as the "Cole memo."

The marijuana industry loves Cole because of the Cole memo, which seemed to make it possible to make their companies not quake before federal law.

But neither is he moving forward to bust pot in the increasing number of states in which it's legalized.

That's because Sessions' boss, U.S. President Donald Trump, indicated recently that he supports the STATES Act, a congressional bill with bipartisan support that would result in every state being able to treat marijuana as it sees fit in the state itself.

Not surprisingly, Cole told Robinson that he supports the STATES Act.

Participants at the Expo liked the STATES Act as well.

It would help to make the cannabis industry more legitimate.

Everything is going to double money and make money, I'm interested