One of my favorite memories of graduate school was a late-night conversation in the bar with a member of my cohort.

He'd just sold a pet-food company for a few million bucks to one of the largest players in his industry. 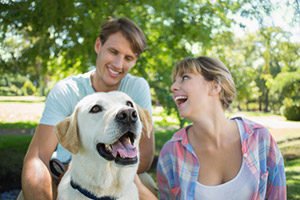 He was in his early 30s, had a wife and two kids... and now all the time in the world to spend this money.

I just wanted to know how he got into this business in the first place.

You see... behind every industry, there is a trend... a reason... a secret that leads entrepreneurs to pursue certain paths.

And the secret I learned from my colleague about pet food is perhaps one of the most incredible profit trends that I've witnessed in years as a market analyst and economist.

Now, I'm going to show you just how incredible this trend is by showing you exactly how you can cash in on the $86 billion pet industry.

I don't want to out my friend for what he said, but I'll call him Mike.

What got Mike into pet food?

His answer: "There's an entire section of the U.S. population whose pets eat better than they do."

I thought that he was joking at first.

But I've been looking at the numbers for three years, and every year I see eye-popping revenue growth in the pet industry.

But that's nothing when you look at other parts of the survey...

Millennials expect to spend more money on their dogs over the course of their lifetime than they do on their own healthcare costs.

Perhaps that is the reason why Mike is a millionaire today.

One of the products that he created was a canned filet mignon for cats.

And Mike couldn't keep these things on the shelves.

It was more economical for him to sell the company than to deal with ratcheting up production enough to meet the demand.

The buyer could increase production and scale around the globe while paying Mike a seven-figure deal and a hefty royalty in the process.

Read that again: People were buying $20 filet mignon for a cat that can't say thank you - and probably doesn't even know the difference between the filet and ground chuck.

But it proves the massive profitability in the pet industry - and why American companies are paying top dollar to get in on the action...

The sale of his company is part of a significant acquisition drive among companies looking to tap into the massive pet industry.

The U.S. pet industry, which includes pet products, services, and food, is expected to be worth $86 billion this year, according to Packaged Facts.

This surge in revenue is a critical driver in the merger and acquisition activity in the space this year. Through June 2018, there were 31 mergers and acquisitions in this space.

And these acquisitions can help send stock prices soaring...

In just a month, the Blue Buffalo stock price climbed 19% thanks to the acquisition news.

And today, we wanted to share the next potential target in the pet industry.

The Next Takeover Target in the $86 Billion Pet Industry