That's exactly what happened when Blink Charging Co. (Nasdaq: BLNK) jumped 288% back in May. On May 11, Blink stock surged after the company announced a partnership with the city of Miami, Fla., to install its electric vehicle--charging ports in city garages. 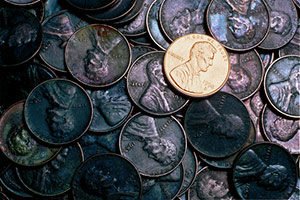 In fact, our top penny stock to buy could jump over 230% in just the next year...

You see, semiconductor chips are an essential part of crypto mining and esports - two of the fastest-growing digital industries.

Esports are multiplayer video game competitions for professional gamers. Esports have bolstered the sale of the gaming consoles needed for the sport - consoles that require hundreds of thousands of semiconductor chips for production.

Semiconductor chips are an essential part of crypto mining too - they provide the processing power necessary for unlocking blockchain algorithms.

Thanks to these strong tailwinds behind it, global semiconductor industry sales are expected to grow from $408 billion in 2017 to $439 billion in 2018 - a growth of 7%.

[pa_button slug="penny-stocks-alerts"]Get all the latest news on our favorite penny stocks delivered to your inbox the moment it’s released.[/pa_button]

However, UMC's potential is nothing compared to our next penny stock to buy in September...

Currently, McEwen operates three mines - one in Argentina, one in Mexico, and a final operation in Canada.

It's a natural gas and electricity company on the verge of tremendous gains - analysts project over a 230% return for shareholders...