On Tuesday (Sept. 11), Netlist Inc. (NASDAQ: NLST) closed out a 542% gain on news that courts litigating a patent lawsuit involving Netlist had ruled in the firm's favor.

Get all the latest news on our favorite penny stocks delivered to your inbox the moment it’s released.

According to a press release, an administrative law judge sided with the firm on a key claim related to the development of one of the company's most profitable patents.

According to company CEO C.K. Hong, the decision will allow the United States International Trade Commission to make a definitive decision on the case within the next few months. 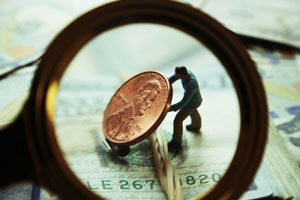 Netlist's tremendous gain shows the kind of returns a strong penny stock can generate for shareholders in just a matter of days.

However, it's unlikely Netlist repeats these returns anytime soon. After looking at last week's top performing penny stocks, we'll show you a penny stock on the verge of jumping over 230%…

Finding gains like those shown above does not have to be difficult.

Anxious to review the next issue

Can Canadians participate in this