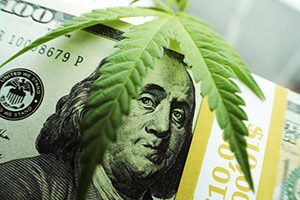 By investing in cannabis penny stocks now, you're claiming your piece of what some are calling the new "gold rush."

This is a big deal for cannabis companies...

The mCig stock price is currently trading at $0.25 per share.

One year from now, shareholders could be smiling at their 319% return...