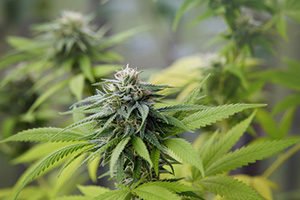 It's not surprising to see big moves for stocks in emerging industries. Cannabis stocks are no exception, and we saw big moves all summer, especially after each company announced advancements in its commercialization.

It's easy to see the cannabis wave coming. Week after week, we see policy and attitude changes on the state and local level. And its champions come from both sides of the aisle.

Your Free Pot Stock Investing Guide Is Waiting for You: Click here to claim your copy.

What's most perplexing is that even now, some of the biggest and best-funded companies in the world don't do much - or any - business here, even in states that legalized cannabis. You would think that they'd be setting up shop and preparing for the day when the floodgates finally open.

For example, a U.S. Customs and Border Protection official said in an interview that the agency was considering a visa ban on cannabis industry workers or major investors from Canada.

FREE E-book: As a Money Morning reader, you're entitled to our new cannabis investing guide: "The 14 Best Ways to Cash In Before Canada's 'Green October.'" Click here to claim your copy.

Hemp was a cash crop in this country for most of its existence. In 1850, there were at about 8,400 hemp plantations of at least 2000 acres, according to Hemp.com. However, when Congress passed the Marijuana Tax Act in 1937, it marked the beginning of the end of a crop that was cultivated worldwide for literally millennia.

And last week, the U.S. Drug Enforcement Administration (DEA) made a major announcement for the future of cannabis in the United States. And it will have major ramifications for marijuana stocks...