The Dow Jones Industrial Average fell another 100 points in pre-market trading as indexes continued to sell off in the face of unstable global markets. Yesterday marked the Dow's largest decline since April.

With European and Asian markets shedding value, U.S. stocks are likely to continue fall during Thursday's trading. As losses continue to mount, we're taking a close look at what's driving the decline - and how you can protect your investments. Check out our analysis here...

Money Morning Insight of the Day: How to Safely Guide Your Money Through the Worst of This Market Disaster

Did you know some of the world's biggest fortunes have been built during some of the most appalling market conditions?

But all you need are the right tools - and the uncensored truth the mainstream media doesn't want you to know.

See, the incompetent and corrupt people who run some of America's largest financial institutions are only a few weeks away from bringing the U.S. economy crumbling down.

And they don't want you to know the truth until it's too late.

But by arming yourself with the right knowledge today, not only will you and your money be shielded from this market storm - you could also start seeing explosive profits.

And if you make the right moves now, you could make more money in less time than you ever thought possible.

But you don't have much time left to take action.

And once this wave of destruction hits, you'll wish you had seen the signs while there was still time to do something about it.

Go here for the full story. 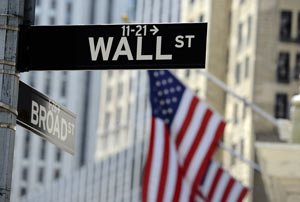