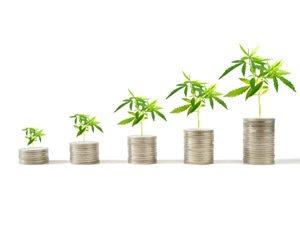 You see, legalization leads to more people buying cannabis; more companies growing, distributing it, and selling it; and more companies experimenting with the medical benefits of cannabis.

Legalized marijuana could be an explosive catalyst, and we're bringing you the top cannabis stocks to watch in October to help you cash in.

Critical Update: You're Invited to the First-Ever National Event for Cannabis Investors on October 23rd - Click Here to Register for This Free Online Event

GWPH is currently trading at $151.72, up 13% on the year. But analysts are projecting gains of over 50% over just the next year alone.

But our top pot stock to watch just signed a deal with a major brand...