It's been a rough year for Facebook Inc. (NASDAQ: FB).

Trust in the social media giant has plunged in the wake of two major scandals surrounding cybersecurity and sensitive consumer information.

A recent hack exposed data of nearly 30 million people, while the firm faced considerable criticism in the wake of the Cambridge Analytica scandal from the 2016 election.

However, it looks like the tech giant is looking to turn over a new leaf. 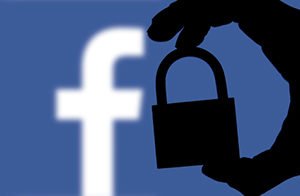 This week, reports leaked that Facebook is considering a potential acquisition of a cybersecurity firm.

With $42 billion in cash on hand, this play is certainly in the cards. However, determining which cybersecurity firm Facebook will buy is another thing entirely.

We've identified two companies that are likely acquisition targets for Facebook. They're both firms that can effectively address Facebook's cybersecurity issues and generate huge returns for shareholders if Facebook buys them...

Various reports have indicated that Facebook is seeking to purchase a company that would identify and flag spammers and other suspicious online activity.

This is more of a niche sector of the security industry, one that centers on private tools and account securitization. For this reason, the firm might turn its attention to a private start-up in this space.

One public company that has strong background in addressing phishing scams is Proofpoint Inc. (NASDAQ: PFPT).

Because Facebook is likely to expand into these other areas in the future, Proofpoint could serve as a perfect stepping stone for Facebook's transition into cybersecurity.

Proofpoint currently trades around $83. But if Facebook ends up backing the firm, shares could skyrocket.

However, this next company is by far the likelier contender for acquisition...