The price of silver has been beaten down so badly lately, it's become massively oversold.

In response to a blistering dollar rally, silver has sold off to levels last seen in late 2015, when silver prices put in a major multiyear low.

That's been tough for silver bulls, who watched silver gain 5.4% in October after its September bottom.

Only time will tell us if they're right, but they do tend to be great at positioning for extremes.

What's more, the gold to silver ratio has just reached its highest level in 25 years. 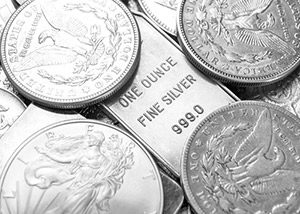 With silver prices flirting with their post-2011 lows, the metal is cheap on a fundamental and relative basis. Odds are good we'll soon get a blazing rally that will shock the shorts into buying.

Here's exactly how the price of silver is moving this week...

How the Price of Silver Is Moving Now

With the dollar at a 16-month high, it's not a complete surprise that silver has sold off so dramatically.

The price of silver spent last week trending downward, starting at $14.70 and closing on Monday, Nov. 13 at $13.98. That meant all of its October gains evaporated in about two weeks, with the bulk of that in the latter half of last week.

The precious metal got lumped in with stocks, which suffered strong selling, especially in the last three trading days.

But it was mostly dollar strength that sent silver holders fleeing.

Here's how that price action looked: 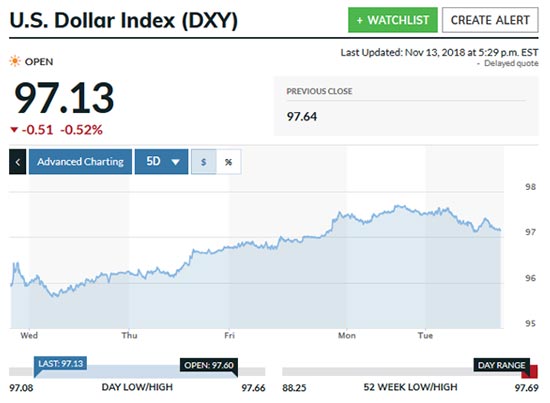 But even with Tuesday's dip in the dollar, silver headed lower, in tune with gold as sentiment weighed heavily.

Here's My Updated Forecast for the Price of Silver