On Saturday (Dec. 1), U.S. President Donald Trump declared Dec. 5 a national day of mourning for former President George H.W. Bush, who passed away last Friday at the age of 94.

As is tradition for periods of national mourning, all major trading floors will be closed. These include the New York Stock Exchange and the Nasdaq.

Trading will also be halted on the CME group exchange in Chicago, preventing investors from trading futures or options contracts. 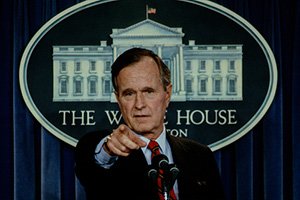 In addition, U.S. bond markets may also be closed. The Securities Industry and Financial Markets Association has called on bond markets to close in honor of President Bush.

While closing the stock and bond markets on a normal trading day might seem unusual, the practice has a great deal of historical precedent.

In fact, tomorrow's surprise lull in trading may be an ideal investment opportunity...

The Continuation of 150-Year Tradition

The death of a president has long been cause to close the nation's stock exchanges.

After the assassination of President Abraham Lincoln, the NYSE closed for one week. In fact, from 1896 to 1953, the exchange closed on Lincoln's birthday to commemorate his life.

Over the last 120 years, markets closed at least five other times to commemorate the passing of a president. These included Theodore Roosevelt in 1919, Richard Nixon in 1994, and in 2004 for Ronald Regan.

However, tomorrow's closure doesn't mean you have to stay on the sidelines.

While American exchanges will close on Wednesday to once again honor the passing of an American president, exchanges around the world will continue on with business as usual.

Trading floors in London, Hong Kong, and Tokyo will remain open on Wednesday.

And cryptocurrency exchanges - those selling bitcoin, Ethereum, and other digital currencies - are open 24 hours a day and will remain open despite U.S. market closures.

However, it's important to note that their trade volumes may be lower than usual, which could impact stocks' liquidity.

That's why we recommend taking the time to prepare your next trade for when the markets reopen.

And we have a strategy you can use to take advantage of the closure and set yourself up for profit...

Wednesday's Profit Play: This Easy-to-Follow Blueprint Could Make You $15,000 Richer