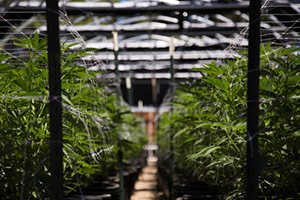 How on earth did anyone miss out on the most exciting thing to hit the stock market since the dot-com craze in the 1990s?

The whole point of investing in stocks is to be compensated for taking the significant risk of losing capital. And the marijuana industry is providing investors some of the biggest returns on the market now.

A few percentage points is not going to cut it, especially in the late stages of a historic bull run.

Big gains like those achieved by marijuana stocks in 2018 are elusive: easy in hindsight, but hard to spot ahead of time.

What was the clue that marijuana stocks would explode higher in 2018?

It can seem obvious in hindsight.

Prior to 2018, there were two very big triggers that sent cannabis stocks higher.

If marijuana was going to be taken seriously as an investment, more had to be done to get the industry into the mainstream.

For years, the medical benefits of using cannabis were well known, but there were huge hurdles to those benefits accruing to the masses.

The biggest hurdle of course was the legality of the drug.

For decades, the United States has been fighting a war on drugs, including marijuana.

You can't gain traction in that kind of environment. But over the last few years, more and more states have begun legalizing marijuana.

On a second front, some major players, like former Speaker of the House John Boehner, have gone all in on cannabis investments.

The weight of that kind of endorsement helped legitimize the industry.

Once the momentum began, it's been impossible to slow down.

Sure, 2018 was a brilliant year for anyone owning marijuana stocks, but 2019 will be even stronger.

And there are two massive catalysts that will ensure profits in the space.

The First Catalyst for Marijuana Stocks in 2019 - Takeovers

I agree with you and leave everything to you.