With market volatility rattling investors, precious metal investments are more popular than ever.

That's why we're bringing you our 2019 gold price forecast.

You see, Money Morning Resource Specialist Peter Krauth believes that gold is a great way for investors to purchase "financial insurance" to preserve their wealth. 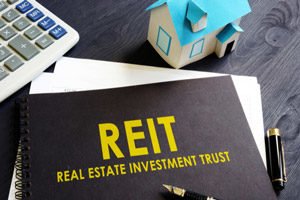 However, Peter's 2019 gold price forecast indicates that gold could do more than protect your wealth this year - it could deliver staggering returns...

Experts Are Bullish on 2019 Gold Prices

Peter isn't the only one who thinks gold prices will jump this year.

In fact, some of Wall Street's biggest names believe that chaotic markets could drive commodities like gold through the roof.

One expert that's been speaking about gold prices is the founder and chief investment officer at Bridgewater Associates, Ray Dalio.

This hedge fund is the world's largest, with current assets under management of about $160 billion.

This past October, Dalio declared that stocks and bonds have become riskier because they are tied to rising debt.

In a story with The Economic Times, he said investors should allocate as much as 10% of their portfolio to the precious metal.

As things get riskier, Dalio suggests that investors should allocate even more to gold.

And there's every reason to think we're just beginning to enter more volatile market conditions - the kind that could send gold through the roof...

Over the last year, the Federal Reserve hiked interest rates three times in an effort to stave off inflation and prevent the economy from overheating.

While that may sound like an important preventative measure, Wall Street reacts negatively to rising interest rates.

According to a statement Federal Reserve Chair Jerome Powell made last week, interest rates are currently "just below" neutral - a level considered neither good nor bad for economic growth.

While vague, Powell's language leaves open the possibility of additional hikes in the near future.

In fact, the Fed could hike rates as many as three times this year.

In the past, some of the best increases in the price of gold have come as rates were rising.

There was similar activity in the 2000s; when the Fed funds rate began to inch up, gold prices jumped from $400 to $715 over just two years.

Conditions like these are why Peter is so bullish on gold in 2019.