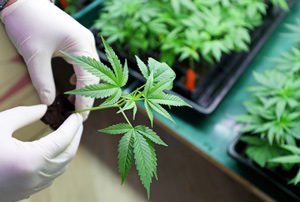 Make no mistake, these are massive catalysts for marijuana penny stocks...

In fact, the top pot stock on our list could produce gains of more than 500%...

22nd Century Group Inc. (NYSE: XXII) is a New York--based plant biotech company and one of the most unique pot penny stocks you can own this year.

Now, here's the top marijuana penny stock you can buy. This stock could bring returns as high as 500%...