Earlier this month, emerging cannabis company Weekend Unlimited Inc. (TSE: POT) claimed an unusual victory. It won the right to use the coveted stock ticker "POT" to represent its shares on the Toronto Stock Exchange.

The coveted ticker was previously held by Potash Corp. of Saskatchewan, which gave up the ticker during a merger. 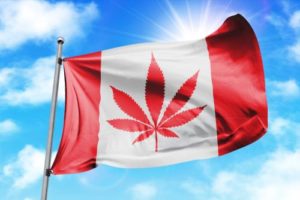 Since Canada legalized cannabis in October 2018, the industry has gone mainstream. And the Toronto Stock Exchange agreed, offering to hold a lottery for the newly available POT ticker.

Cannabis investors greeted the news of Weekend's new ticker with borderline hysteria, driving Weekend's stock up an astounding 150% in one trading session.

If such a drastic jump on routine news like a stock ticker change seems extreme, that's because it is.

However, it illustrates a vital point about the profitability of North America's emerging cannabis industry – and how you can cash in on the boom…

Weekend's quest for one the world's more recognizable stock tickers began over a year ago, when the Potash Corp. of Saskatchewan gave up the "POT" ticker and merged with Agrium Inc. to form Nutrien Ltd.

After spending months in limbo, the Toronto Stock Exchange, which owns the ticker, decided to hold a lottery in order to raffle it off to a lucky cannabis company.

Over 40 firms entered the lottery, and last week, Weekend Unlimited came out on top, assuming the "POT" symbol on the exchange and sending its shares through the roof.

The acquisition of a sensational ticker wasn't a first for Weekend, either.

Previously, the company had traded under the symbol "YOLO" – a reference to the popular saying "you only live once."

However, as last week's gains suggest, the acquisition of the "POT" ticker has been a boon for the company. While a ticker alteration doesn't change any of the company's financials, being instantly recognized as a marijuana stock is sure to drive investor attention.

According to one study, a "congruent ticker symbol" can help a business stand out from market competitors and serve as a helpful signpost for amateur investors who are interested in entering the cannabis market.

But regardless of Weekend's future success, last week's ticker craze is a just another sign that the cannabis industry is quickly entering the mainstream investing world.

However, we don't need to rely on ticker lottery gimmicks to cash in on the life-changing opportunities in pot stocks.

You see, pulling strong, reliable gains for North America's emerging marijuana industry isn't a matter of guessing which stocks are going to randomly jump next.

If you want to generate real profit, you have to identify cannabis companies that have the potential for real growth.

Fortunately, our expert research can do just that…