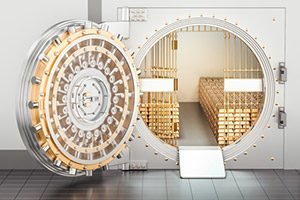 Let's face it. Banking stocks can be boring. But if you want to generate consistent returns, there is perhaps no better place to put your money...

Banks across the United States have been consolidating since the 1980s. Just 15 years ago, there were about 15,000 banks. Today, that number is less than 6,000.

And in the wake of a mega-merger between BB&T Corp. (NYSE: BBT) and SunTrust Banks Inc. (NYSE: STI), we expect that banking deals will continue well into the future.

It turns out that Money Morning Special Situation Specialist Tim Melvin is one of the world's - yes, the world's - best banking analysts.

Since 2013, Tim has made 45 picks for banks - all of which made money. That's right, a perfect track record. Better yet, his total return across all picks is a stunning 100.8%.

Over the 47 months that Tim recommended investors to buy and hold Coastway shares, the total return was 151.8%.

And Tim has given many of his bonus banking stocks - the ones averaging 20% returns per year - to his Heatseekers readers since the inception of his premium proprietary service.

At Money Morning, we have another way to tap into banking stocks that are about to take off.

It's called VQScore, and it's telling us that these three bank stocks to buy are ready to explode in share price in 2019 and beyond...

Love to get email newsletter
Charlie