The Dow Jones today could jump by triple digits as the United States inches closer to a trade agreement with China.

Investors cheered after U.S. Treasury Secretary Steve Mnuchin reported a "constructive" dinner with Chinese trade officials. Read more on the terms of their discussion below.

Plus: what the preliminary results of the Boeing Co. (NYSE: BA) investigation revealed about its planes. 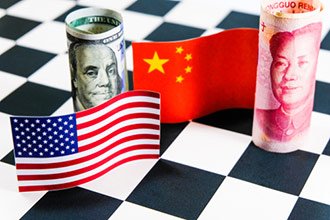