While many Americans were grumbling over lower-than-expected tax refunds this year, 60 corporate tax dodgers - all of whom turned a profit in 2018 - paid zero in taxes. But that's not the worst of it...

Meanwhile, according to an analysis by the Institute on Taxation and Economic Policy (ITEP), those 60 U.S. corporations collected tax rebates worth $4.3 billion - despite earning $79 billion in profits. 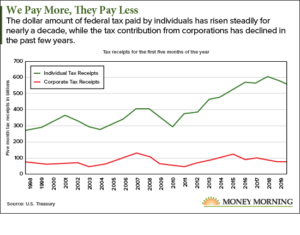 Here's how the corporations are getting away with this...