The Dow Jones today is falling on accelerated U.S.-China trade war concerns. China has blamed the United States for "backtracking" on previous negotiations.

As these and other global circumstances continue to pressure the Dow Jones Industrial Average, analysts predict a recession in less than a year. Details below. 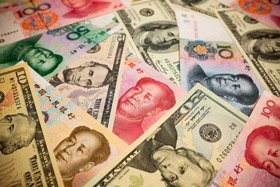 what goes up must go down and what goes down must go up.
Trump knows what he is doing. he just doing what is good for us, for our interest. bless him. China will work something out, soon. i have faith in Trump.
and money morning, though i ain't got a lot of dough. i sometimes take your recommendation and try it on calls so far i haven't succeeded, but will soon.
still learning.