The Dow Jones today will struggle to stay in the green after Broadcom Inc. (NASDAQ: AVGO) fell short of earnings expectations on Thursday, dragging down the whole chip sector.

Plus, the growing threat of war between the United States and Iran is weighing on investor optimism. More on that below. 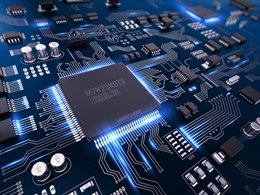