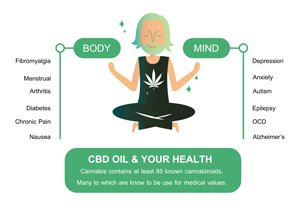 And before we get to our top three CBD penny stocks to watch, here's why the CBD industry is seeing such explosive growth this year...

You can check out the best penny stocks to watch below...

Second, Elixinol's Australian operations focus on its hemp-based food business. And Elixinol has operated in the hemp food retail and wholefood market for over 10 years - even exporting raw cannabis products as well.

Plus, Elixinol continues to expand even now. It just expanded its Colorado facility by 20,700 square feet. And with this upgrade, Elixinol can create 24,000 bottled CBD products per day - more than doubling the company's current production capacity, according to GlobeNewsWire.

CV Sciences recently ramped up its efforts to get its product, PlusCBD Oil, in as many retail stores as it can. Near the end of March, its products were available in over 3,308 retail stores - a 48% increase from December 2018.

But our top CBD penny stock is poised to soar even higher. In fact, it stands to completely skyrocket in value by 243% within the year...