If you're a seasoned investor or just starting out, you might have heard of insider buying when it comes to a stock.

Insider buying is when a company's executives or major shareholders buy more of the company. And it can predict success in a stock. After all, they know their companies better than anyone, and they're putting their money on the line. Today, I'm going to show you a small-cap biotech stock that's getting bought up by insiders, one that's poised for a breakout.

Six analysts gave this stock an average 478% growth target over the next 12 months. I'm not as bullish as those guys, but my 72% target is still good reason to pay attention to this stock. 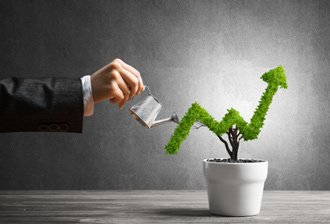 This is different from "insider trading," which is illegal. Insider buying is a regulated practice of company executives, officials, advisors, or anyone with "skin in the game" purchasing the stock and publicly disclosing their position.

One of the top sectors to watch when it comes to filings is the biotech sector. Disclosed buying by officials could signal positive developments in the future for an industry so reliant on drug trials, regulatory actions, and product pipeline, and expansion into markets. The combination of executive insider buying has produced big gains in this space.

This company is conducting trials for a drug that could take on a $2.34 billion market. Insiders buying this aggressively could mean they are confident the drug works and will be a major breakthrough in the industry.

Plus, they have an even bigger opportunity on the horizon, making this one of the best biotech stocks trading right now.

Tap into the Upside of This Biotech Stock