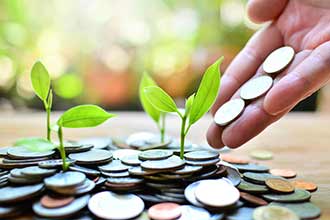 Now that we're past that decent "Santa Claus" rally – optimism for the holiday season – we're coming to the start of something called the "January Effect." The Dow gained a hefty 3.8% for the month of December, and we expect those gains to keep piling up as the new year begins.

This will kick-start our best penny stock to watch this week, but it's not the biggest catalyst heading into 2020. Today, we're going to show you that penny stock and what could send its price ripping higher through the year.

For starters, the January Effect is the belief that stocks tend to go higher in the month of January than any other month. There are many different arguments for why this happens.

Some say it's a buyback wave following a late December sell-off to offset taxes on capital gains. Others argue that everyone's investing their Christmas bonuses in the market.

Whether it's one or the other – or a combination of the two – is not important. What matters is that the statistics favor the major market indexes going up in the month of January.

The Dow added a whopping 10% in January 2019. This was the highest monthly gain of the year. And January was also the biggest month for stocks in 2018, with stocks popping more than 7%. In fact, January was one of the best-performing months for stocks in at least five of the last 10 years.

Even more important, however, is that small stocks seem to perform the best during this time. The top penny stocks are particularly susceptible to market movements because of their low share price. Small gains in price can translate to huge percentage growth.

Of course, it's not without risk. The losses can be equally huge with the wrong penny stock. So investors should be mindful of the underlying financials of every investment.

This can prove difficult since there are thousands of penny stocks out there. Fortunately, we have the Money Morning Stock VQScore™ system to help us find the best ones. The VQScore uses a proprietary algorithm to scan the underlying financials of thousands of stocks. It then scores those stocks from 0 to 4.9 based on their profit potential.

Stocks above 4 are considered to be in the "Buy Zone." To decide on our top penny stocks of the week, we simply look at the stocks scoring 4 or higher, then we select the ones trading under $5 a share.

A Catalyst for the Best Penny Stock in the New Year

I own some of this DNR stock so thanks for the info.
I was thinking about buying some more.
What do you think?