One of the best ways to profit from penny stocks is to find a catalyst that can send a stock soaring. And yesterday's trade deal between the United States and China is exactly what we're talking about.

The United States and China signed a phase one trade deal yesterday, setting a positive course for both nations in 2020. While they're still far from a full agreement, a little good news can go a long way for both economies.

In fact, our top penny stock to watch right now is tied to the success of China's economy. And it's poised for 222% growth in the coming months. 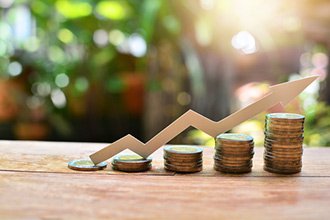 Penny stocks, however, can make huge market-beating gains on a little bit of good news. For example, last October, we saw BioNano Genomics Inc. (NASDAQ: BNGO) soar 107.33% after the company announced its genome-mapping technology had been adopted by the University of Iowa.

See, BioNano doubled its share price by adding a single client. And today's best penny stock pick is waiting in the wings for the entire Chinese retail sector to fly.

We found it using our Money Morning Stock VQScore™ system. Our penny stock scored a perfect 4.9. And here's what that means.

After our proprietary algorithm scanned the financials underlying thousands of stocks, it decided that this penny stock was one of the most likely to break out.

A VQScore anywhere above a 4 would be in the "Buy Zone," but this stock's ready to more than triple in price.

Here's the big reason why…

Why This Is the Penny Stock to Watch

China's annual GDP growth struggled from 2018 to 2019 amid tariff battles with the United States, and now it hovers at a feared low of 6%. China's retail sales also took a dip at the end of last year.

But analysts are expecting a turnaround. And the phase one deal signed yesterday is just the beginning.

But as much as warming U.S.-China relations can boost the economies, there's an even more important, constant factor driving the success of our top penny stock: the Chinese population.

Based on United Nations projections, China is home to more than 1.4 billion citizens. That's nearly 20% of the world's population.

But within that 1.4 billion is also the biggest consumer class in the world.

And this stock taps right into it, just as the trade war nears its end…