Apple has soared more than 140% in the last five years. While that's exciting, you probably missed its biggest gains.

Our top penny stocks to watch, on the other hand, can reward small investments with high percentage gains. In fact, the best penny stock on this list could potentially soar 218% over the next year. 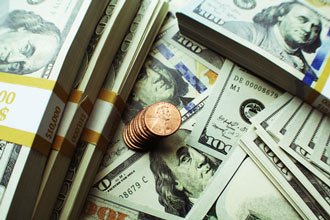 While penny stocks trade under $5 a share, great penny stocks have unique value propositions, improving technical metrics, or strong fundamentals that could easily drive the stock 50% or higher in the year ahead.

We'll show you our 218% gainer in a moment. First, analysts expect this one to return a solid 43%…

If you're looking for a stock that is simply undervalued and beaten down, shares of U.S. Auto Parts Network Inc. (NYSE: PRTS) have plunged over the last three years from about $4 per share to the current $2.79. Though it has recovered a little over the last year, the firm is struggling due to the increasing competition in online auto parts sales.

The firm operates sites dedicated to the automotive aftermarket parts and repair information sector. It sells engine parts, performance parts, collision parts, and a range of other products. Right now, the stock is incredibly cheap. It trades at just a 0.34 price-to-sales ratio. It may also present itself as a possible takeover target for a larger competitor like AutoZone Inc. (NYSE: AZO) at some point. In addition, the stock has experienced strong insider buying over the last four months.

U.S. Auto Parts Network currently trades at roughly $2.79 per share. But we see upside of about $4 per share at some point in 2020. That figure represents potential upside of 43%.

Now, after this potential 46% gainer, we'll show you our penny stock with 218% growth potential.

Veru Inc. (NASDAQ: VERU) is an oncology and urology biotech company that produces treatments for prostate cancer and other supportive care. The company just announced that one of its experimental drugs showed positive traction in reducing hot flashes in patients with advanced prostate cancer. Investors have pushed shares up more than 100% since November.

But that's not the end of its run.

Wall Street has grown incredibly bullish on the company given that it has a number of "shots on goal" in the oncology industry. The company has added a new biologic to its pipeline that has the potential to become a leader in a $2.6 billion ADT market. Though it might take until 2023 for the company to generate a lot of revenue, increasing optimism could easily push this stock up to $6 over the next year.

That figure represents upside of 46% from Thursday's closing price. Now, here's a penny stock that could more than triple your investment…

The Top Penny Stock to Buy