Cannabis exploded onto the mainstream investment scene in 2016, and for more than two years, it produced huge wealth for early adopters. Aurora Cannabis Inc. (NYSE: ACB) stock soared 343% in 2017 alone. 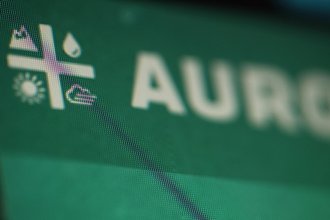 But late in 2018, the wheels seemingly fell off the cart, and marijuana stocks fell back down to earth. The ETFMG Alternative Harvest ETF (NYSEArca: MJ) fell 33% in 2019, while Aurora fared even worse, losing 63% of its value.

While we always expected the cannabis sector would experience some growing pains despite its incredible potential, we still expect the legal cannabis sector to soar from a $10.8 million market in 2018 to 2.6 trillion by 2029, an incredible 23,974% growth. But investors are still left wondering if Aurora stock is the one that will help them capture the biggest gains from this surge.

Despite Aurora's popularity, there are plenty of other marijuana stocks on the market, so investors can afford to be picky right now.

Aurora Cannabis was one of the hottest cannabis stocks, but now it looks like it's dead in the water. The Edmonton, Alberta-based company is a vertically integrated cannabis production and distribution company. From its beginnings as a medical marijuana producer, it is now one of the largest global cannabis purveyors.

The question is whether all the early enthusiasm has been wrung out, making Aurora a buy-low opportunity. Unfortunately, the answer is no. Management seems to be floundering, and return on capital invested is really subpar.

Indeed, Wall Street is starting to bail out, too. Jefferies Financial Group Inc. (NYSE: JEF) downgraded the stock to a "Hold" in December, right after Aurora Chief Corporate Officer Cam Battley stepped down.

Warning of cash problems, Piper Sandler downgraded the stock to a "Sell" with a $1 price target. It does not expect that the company will see positive cash flow until deep into 2021.

One look at a price chart told the tale. Since March 2019, the decline has been unrelenting. Supply far exceeded demand for shares, and only recently has its downside momentum slowed. Even in November, when many of its peers - such as Canopy Growth Corp. (NYSE: CGC) - seemingly put in a potential bottom, Aurora's bounce quickly faded, and it fell to fresh new lows.

The good news is that more states and countries are legalizing CBD and other compounds from pot plants. Medical research is on a roll with pain management, treatment of epilepsy, and overall calming and wellness. Clinical trials for the treatment of autism and chronic traumatic encephalopathy (CTE), which affects professional football players, are either now or soon to be underway.

However, Aurora seems to have too many problems to take full advantage of this strong medical trend. Even at its current sub-$2 price tag, there are better ways to profit from cannabis.

And you can get started right here with the National Institute for Cannabis Investors' "The Best Pot Stocks to Buy in 2020."