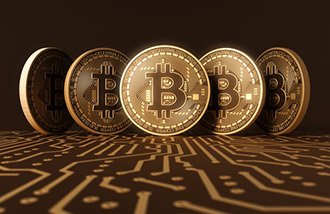 Bitcoin - the world's first and only decentralized cryptocurrency - has a market cap of $170 billion.

Bitcoin has none of these things.

You can't value it using traditional financial metrics like the price/earnings ratio or the debt/equity ratio.

That's because Bitcoin isn't an "income-producing business" with earnings or debt. There are no "future cash flows" to estimate and discount back to the present to calculate the intrinsic value of this technology.

But that clearly does not make Bitcoin worthless...

You just need a different method to value the cryptocurrency.

Today, we'll show you how to value Bitcoin using a different model - one which allows us to compare its value to other scarce assets like silver ($308 billion market cap) and gold ($8.4 trillion market cap).

You see, Bitcoin should be compared to these precious metals, since they also aren't income-producing businesses, yet they hold significant value in this world because they're also limited in supply and unforgeable.

To date, this model has correctly explained 95% of the price of Bitcoin within two standard deviations of its projected mean.

If you buy Bitcoin, your best chance of making money is to hold it and never sell.

Two of the most common mistakes Bitcoin investors make include:

Understanding the Bitcoin stock-to-flow model is the first step to understanding why these mistakes are true.

Highlighted by Saifedean Ammous in his highly regarded book, "The Bitcoin Standard: the Decentralized Alternative to Central Banking," the stock-to-flow model has been 95% accurate in predicting the price of Bitcoin - back-tested through its inception in 2009.

Recently, the model has been popularized by an anonymous quantitative investment manager known as "PlanB."

The public does not know this gentleman's real identity. But we do know he resides in Amsterdam and manages billions of dollars for his clients.

We also know that his work on the stock-to-flow model has been tested by some of the smartest quantitative investment managers in the world...

And nobody has been able to disprove its accuracy.

The big question, though, remains: Will the model hold true throughout 2020 and beyond?

Only time will tell.

But since it's not broken yet, you simply can't ignore Bitcoin any longer.

First, we need to define what "stock" and "flow" mean to the model.

"Stock" is the total number of Bitcoin that exist in the world today. At the time of writing (Feb. 1, 2020), there are 18,195,075 Bitcoin stored in the memory of tens of thousands of nodes throughout the globe.

"Flow" is the number of new Bitcoin mined per year.

At its current mining schedule, 12.5 new Bitcoin are added to the market approximately every 10 minutes. That means a maximum of 657,000 new Bitcoin will come to market over the course of 365 days (at current maximum allowed production levels).

To calculate the stock-to-flow of Bitcoin, simply divide all the Bitcoin that exist in the world by the number of Bitcoin that will be mined in one year.

That means it would take 27.7 years of mining Bitcoin at its current production rate to double the supply of Bitcoin in the world.

As you'll see in the next section, this means that today, Bitcoin is slightly more scarce than silver and slightly less scarce than gold.

Since Bitcoin is more scarce than silver, it should be worth more than all the silver in the world ($308 billion). But it's not, so one could argue that Bitcoin is currently undervalued for this reason.

And since Bitcoin is less scarce than gold, it should be worth less than all the gold in the world ($8.4 trillion). But by 2022, Bitcoin will be more scarce than gold, so one could argue that it could soon be worth hundreds of thousands of dollars, then millions per coin...

The Stock-to-Flow of Silver and Gold

It would take 22 years of mining silver at its current production rate to double the supply of silver in the world.

It would take 62 years of mining gold at its current production rate to double the supply of gold in the world.

Remember how we said it would take 27.7 years of mining Bitcoin at its current production rate to double the supply of Bitcoin in the world?

And based on the stock-to-flow model, that's when the price of Bitcoin should really start taking off...

How Bitcoin Is Different from Silver and Gold