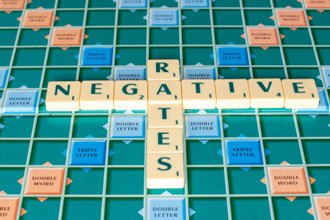 The United States is in a recession, even if we'll have to wait for official confirmation at the Bureau. With tens of millions of Americans out of work and many of these jobs not coming back, we're witnessing the most unprecedented economic event of our lifetimes.

I have said before that this is my generation's greatest economic challenge. And by the time it is over, it will fundamentally shift almost every industry in the United States. We will see great moves by the government to raise taxes and redistribute capital. But those matters are largely fiscal.

Right now, the U.S. central bank has moved interest rates to zero. The April FOMC meeting was largely dedicated to preserving the Fed's benchmark rate to a range of 0% to 0.25%.

That said, there is a distinct possibility that interest rates could turn negative very soon in America.

I am not among the merry band of economists who embrace negative interest rates.

In fact, I believe they will be disastrous.

There are 16 Laws of Investing, according to the great Collaborative Fund.

Law No. 6 reads: The biggest risk is always whatever no one is talking about, because if no one's talking about it, they're not prepared for it.

Last fall, I flew to Manhattan for an emergency meeting with two hedge fund managers and a colleague from Northwestern.

We focused on one thing: What would negative interest rates do to the financial markets?

And I think they would cause one of the greatest shifts in financial theory in 120 years.

Every way that we value assets goes out the window when interest rates go negative.

CAPM, WACC, the Efficient Frontier, Sharpe Ratios... all these terms are used to show the performance of once asset against another. In the worst-case scenario, they become meaningless when U.S. rates go negative.

In most models, the 10-year Treasury Bond is supposed to be the ironclad asset, the risk-free asset, the one we compare all assets on performance and risk.

With negative rates, however, we can't properly assign value to anything.

Heck, we can't properly determine if pensions are funded in states.

We find that some assets with lots of cash flow suddenly have infinite possible returns because their cost of capital effectively becomes zero. It turns modern finance on its side - and no one seems to care right now.

Pundits are sitting on the beach watching tsunamis form instead of telling people to head for higher ground. Even in the best-case scenario, I want you to think about this.

In the "hypothetical" situation that the cost of capital becomes negative... it would require a rapid shift in thinking about asset valuation.

One that no one is prepared for because no one has seen it before.

In a "hypothetical" negative cost of capital situation, projects or investments with negative future cash flows indefinitely could be viewed as sensible investments as long as they cost less than borrowing money earned.

That means, when it comes to buying assets or investments, you are technically focusing on the idea that you want to lose as little money as possible instead of making as much money as possible.

Your investments can bleed cash... so long as you're losing less money in Investment A instead of Investment B.

This is an insane line of thinking that has never been tested except by the people who brag on the plane home from Las Vegas that they "only lost a few hundred bucks" playing blackjack.

This could easily become the new state of thinking if this goes sideways.

Some people believe that negative interest rates would spur economic growth and help bolster the economy. These people also think it would help fight deflation.

So how are these countries doing? Are they booming Meccas of economic prosperity?

Or are they - in reality - crumbling economies that must rely on more stimulus and central bank action?

The ECB has found no evidence that negative interest rates spur growth or drive companies to put more money into the economy.

I don't see how that will happen here, especially in an economy where incentives continue to be radically upended by government policy.

How Negative Rates Will Affect You