It's been brewing on the back burner for years, but now the Cardano cryptocurrency is on the verge of a breakout.

Cardano price predictions for 2021 range from a mere double all the way up to a stunning 2,526% gain. 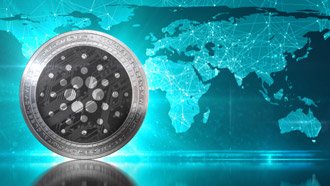 Cardano, though, is no ordinary cryptocurrency. It's a long-term project that has taken a measured approach to building what may be the most technically advanced crypto of them all.

Weiss Ratings, in fact, ranks Cardano as the top coin in its Technology category – ahead of coins like Tezos (XTZ) and Ethereum (ETH).

Cardano's long journey is on the verge of a major milestone – the first of several that will come in quick succession. As the project proves its worth, it will draw greater adoption, which in turn will drive demand and higher prices for ADA.

Cardano Is a "Third-Generation" Crypto

It was founded by Charles Hoskinson, who co-founded Ethereum. Hoskinson set out to create a "third generation" cryptocurrency. (This assumes Bitcoin was the first generation and Ethereum the second.)

But cryptocurrencies from Bitcoin on have been plagued by a number of issues, including scalability, security, and interoperability. Cardano's developers set out to learn from the mistakes of prior cryptos while adopting the ideas that made sense.

So Hoskinson started from scratch. He put together a team of top-notch developers. He chose to use a little-known programming language called Haskell that enforces rigorous discipline.

Cardano is all about preserving flexibility and finding the best way to do things. It uses a layered architecture to help make it more scalable and secure. It also uses a modular design, which will make it easier to upgrade.

July 30, 2020… Mark your calendar. By then, it might be too late to get in ahead of the curve after a seismic shift rocks the microcurrency markets. This shift could swing the supply-and-demand balance by as much 30%! Reserve your share of the profits by clicking here now.

The code is published and peer-reviewed; the team is doing valuable research. The group has published 77 research papers over the course of Cardano's development.

The long-term goal is to create a secure, robust network with broad abilities.

I have long admired this project, dubbing it crypto's "sleeping giant" back in 2018.

And while the work has been painstaking, the project is now starting to realize the fruits of its labors…

This Cryptocurrency Is Making Its Move

The biggest event is the current rollout of the "Shelley" upgrade. This will increase decentralization in Cardano's proof-of-stake system of securing its network.

Shelley is the first major upgrade in the Cardano roadmap. Anticipation of Shelley has pushed the Cardano price up as much as 66% since May 25. The pop lifted it from the No. 14 ranking on CoinMarketCap to No. 10.

But what few realize is that the Cardano team has been working on the remaining planned upgrades (named Goguen, Basho, and Voltaire) this whole time. This strategy of parallel development means Cardano can now make a vast amount of progress in a very short time.

"We kind of have this reputation of, with the peer review, we're so slow we never ship anything, but the reality is that all the things we've been working on for five years are just coming together all at once," Hoskinson told Messari's Ryan Selkis in a June 17 YouTube interview. "Now we're in a situation where we can ship things in a matter of weeks that normally would have taken months."

That means we could see big price increases as Cardano quickly reaches maturity over the next year or so.

That's why these Cardano forecasts are so sky-high…

The Top 5 Cardano Price Predictions for 2021

We'll start with a prediction from the aforementioned Ryan Selkis, co-founder of the crypto news and data website Messari. He recently predicted on Twitter that Cardano would rise to No. 5 on CoinMarketCap in 2021.

That would require the ADA market cap – and hence the price – to double. That's a 100% gain.

Another site, UsetheBitcoin.com, thinks ADA tokens will reach $1 by the beginning of 2021 – a much more aggressive call.

But far from the most aggressive. That distinction belongs to Prime XBT, which has forecast a Cardano price of $2.18 before the end of 2021. That's an eye-popping increase of 2,526% in a little over one year.

Holding your ADA past 2021 could yield even bigger gains. Prime XBT's Cardano price prediction for 2025 – just five years away – is $12 per token. Selling then would give you a monster gain of 14,358%!

Awesome article, opinions on dgb? It has top 5 volume on bittrex daily..not on binance or coinbase yet, though coinbase is working on it..thoughts?

Thanks for the comment and for reading Money Morning. I don't know a lot about DigiByte, but I like how they've tried to address many of the key pain points in crypto, especially Bitcoin. But there's a lot of competition out there. All these alt coins are fighting for attention because adoption will determine the winners. DGB has a shot, but it doesn't seem to get as much attention in the crypto media as many of the others.

Yes, the lack of attention is due to it being a fully decentralised project coded and marketed by the community alone, with no CEO