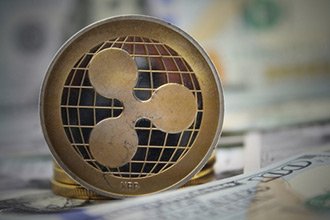 But just like how the stock market recovered from its March lows, Monero did the same. XMR is already up 83% since its recent March 17 low of $35 per token.

That's why we had to make sure you saw the latest Monero price predictions for 2021.

The lowest price target on usethebitcoin.com for Monero in 2021 is $300.

However, there's one XMR price prediction so bold for 2021, you won't believe it until you see it…

But first, we're going to answer some of your most common questions we've received about Monero heading into this year and next…

Why Did Monero Prices Drop over the Last 12 Months?

As we mentioned earlier, Monero has been in a bear market over the last year.

One major reason is because Monero is correlated to the stock market. And when markets fell 35% from February to March due to the coronavirus, XMR did too.

The fact that Bitcoin ETFs have been rejected by the U.S. Securities and Exchange Commission (SEC) for the last couple years is also a headwind for Monero.

A Bitcoin ETF would lure new money into the crypto market. And that could lead to and ETF being created for Monero later down the line.

Money Morning Cryptocurrency Expert David Zeiler said, "A Bitcoin ETF would help bridge the gap by allowing large investors to gain exposure to Bitcoin without the hassle of owning it outright. At the same time, it will open the door to a class of investors whose presence will help fortify and stabilize the Bitcoin market."

But since the SEC isn't ready for a Bitcoin ETF just yet, cryptocurrency investors still have to wait for that catalyst at some point in the future.

In the past, high-profile cryptocurrency exchanges getting hacked has made investors fearful of buying and holding their coins safely.

Finally, the massive run-up of cryptocurrency prices from summer 2016 to early 2018 was so astounding that the market needed a cooldown.

As you can tell, early crypto adopters who cashed out their profits at the right time easily became multimillionaires.

Learn How to Cash In on Crypto from one of Bitcoin's earliest backers with "Becoming a Crypto Millionaire: Hands-On Instructions Starting from Square One." Learn more…

But now that prices have come back to earth, we're getting a lot of questions here at Money Morning about whether Monero is a good investment to make now…

There are two reasons to buy Monero right now.

First, if you believe cryptocurrencies are the future of money, you can buy some and spread the adoption.

By owning and using Monero, you can help make its widespread adoption a reality.

Here's a list of vendors that accept XMR as payment to get you started.

The second reason to invest in Monero is to make a profit in fiat terms. And typically, 12 to 18 months after a Bitcoin "halving," a massive bull run ensues. The last halving occurred in May, and since all other cryptocurrencies are correlated with Bitcoin, Monero should catch a bid as well.

Currently, most investments in cryptocurrencies should be considered speculative. Don't invest what you can't afford to lose. But betting on the biggest cryptocurrencies like Bitcoin and Monero (with a combined $171 billion market cap) is certainly less risky than speculating on smaller coins only worth a couple million dollars.

If you just want to be an investor and speculate on the price of Monero, you can open a Coinbase account.

We even created a list of seven other cryptocurrency exchanges that you can review for free here.

So, if you want to know if now is the right time to buy Monero, let's look where some of the top analysts in the space see prices heading in the next year…

Here's Where Monero Prices Are Headed in 2021

As we mentioned earlier, all three crypto experts see the price of Monero going up in the near future.

He prefers Monero over other digital currencies because it's a "genuine crypto" that offers better privacy and is built on some real development work. It also provides better security solutions in his opinion.

One thousand dollars from today's price of $64 represents a potential gain of 1,462%. McAfee stated that the platform has the potential to challenge Bitcoin as a leading digital currency.

He has also been very supportive of Monero in several interviews and tweets.

But this next Monero price prediction is even greater…

Five thousand dollars per Monero – or 7,712% from its current price.

That prediction comes from Riccardo Spagni, a core developer of Monero.

Spagni believes that Monero could reach $5,000 because it's the preferred and leading privacy coin on the market. So, crypto users who prefer to remain anonymous will use Monero more than any other privacy token, driving its price 10x from its previous all-time high of $495 in January 2018.

Learn How You Could Become the Next Crypto Millionaire

Bitcoin's critical "expansion phase" is expected to create billions in new wealth – and our Bitcoin Master Class could be your ticket to cashing in.

Get access to profit tips and strategies from one of Bitcoin's earliest backers: how to buy and sell, avoiding fees and commissions… and, best of all, how to trade cryptocurrencies every day for the potential to make huge gains.