Amazon.com Inc. (NASDAQ: AMZN) is one of the most coveted, expensive tech stocks to buy now. It's up 501% over the last five years.

Money Morning's Michael Robinson predicted Amazon stock would hit $3,000 in 2020. It broke right through that.

Likewise, you don't need a crystal ball to give an Amazon stock price prediction for 2021. 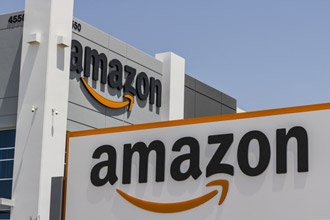 Amazon stock seems to ascend a never-ending staircase every time you look at it. With what seems like octopus tentacles in every tech industry imaginable, it's almost impossible for analysts not to recommend Amazon as a buy-and-hold.

The "buy" part always seems to get in the way. A $3,000 price tag is a steep psychological barrier. However, a dip might not be your only opportunity to buy Amazon stock next year...

Analysts have speculated whether an Amazon stock split could be in the works. The company would be following suit with Apple Inc. (NASDAQ: AAPL) and Tesla Inc. (NASDAQ: TSLA). Both saw a four-way and a five-way split, respectively, in 2020.

If Amazon goes that route, it would probably encourage a lot of new investors. Whether it happens is another story. Regardless, this stock could be bound to soar no matter what.

It proved one of the more resilient stocks through the COVID-19 lockdowns, and not just because it dominates U.S. e-commerce. Online deliveries and cloud services absolutely boomed while people were stuck working from home. Amazon stock has even popped 68% on the year.

At $1.6 trillion market cap, Amazon is one of a handful of trillion-dollar companies alongside Apple Inc. (NASDAQ: AAPL), Microsoft Corp. (NASDAQ: MSFT), and Alphabet Inc. (NASDAQ: GOOGL). With stay-at-home trends increasing, it doesn't look like the stock will be slowing down in 2021.

When Money Morning's Chief Investment Strategist Shah Gilani wrote about Amazon in July, he said it "should be in everyone's portfolio." With these price targets, it should probably be sooner than later...

Amazon stock price per share is hardly predictable if we're expecting any kind of split to happen. There has been speculation, but we ultimately don't know how realistic it is. We only know there are realistic incentives for Amazon to do it.

The price tag is one of those. There are thousands of investors that would potentially buy in if not for the $3,000 price tag, if only for psychological reasons.

On the other hand, anyone can get on Robinhood and start buying fractional shares of Amazon whenever they want.

Even assuming the stock splits, we still have no way of predicting how many ways it would split. Ten ways? Five ways? Three ways? Shares could end up going for $300, $600, or $1,000, depending on how that goes.

The price would also be affected by the hype around the split, not any real company value. Usually, a buy-up will precede a split, raising the price. And a dip will follow that.

This happened with both Apple and Tesla. Apple popped 22% in the month leading up to its last split; Tesla popped 81%. The stocks fell 19% and 33% within the following month. But they have since picked up and continued to be some of the most exciting stocks on the market.

With Amazon working in several thriving industries - retail, cloud, and logistics - it could also trade on the Dow Jones if it manages to lower its price. At its current price, Amazon would throw off the average.

Ultimately, splits are nothing but psychological. You should always be looking at the company itself for a hint at whether or not it's a buy.

Instead of speculating over what management could decide over the next year, it's probably better to look at what they're already doing.

Amazon has always been known for pushing boundaries. The company appears more of a megalith every day. It's in almost every relevant tech industry imaginable.

And it's rolling out new products as we speak, which could move the price significantly in the next year...

Amazon Could Lead the Streaming War

Amazon recently announced its next-generation Fire TV Stick Lite. It's an answer to a breakout streaming TV trend, which you can expect to see a lot more of in the next year.

Amazon claims the processor is 50% more powerful than the last Fire Stick. The product is slated for fall 2020, but the stock could get a bump from sales in early 2021 if it does well.

In 2019, Amazon's Fire TV topped 34 million users, according to TechCrunch. That was more than its rival streaming giant, Roku, at the time.

Amazon is still second behind Roku, with 12% of the total streaming TV market - Roku has 30%. It will be interesting to see where streaming TV goes in 2021, as the steaming war seems to have just gone full tilt since the release of Apple TV+ in 2019.

The Fire TV product is already known for selling faster than Amazon's Kindle or tablet products. And 2021 is going to be a huge year for streaming services. They are under more pressure to house unique, original content to keep viewers' attention.

Amazon is well-positioned for this with its Amazon Prime audience. But the added revenue from a new streaming product is pennies compared to Amazon's bread and butter...

The Future of Amazon Web Services

In the cloud department, Amazon Web Services (AWS) is still a world leader and appears to be expanding its influence.

Though they're competitors in the streaming world, Netflix is Amazon's biggest cloud customer with $19 million spent monthly. LinkedIn and Facebook Inc. (NYSE: F) aren't far behind, with $13 million and $11 million. Behind them, you have Baidu Inc. (NASDAQ: BIDU) and Twitter Inc. (NASDAQ: TWTR), with $9 million and $7 million, respectively.

That's just a few of the top 10. Amazon Web Services has over 1 million users worldwide. The majority of those are small and mid-size companies. But at least 100 of those are big household names.

The companies were recently in stiff competition over the $10 billion Department of Defense JEDI contract.

The DoD maintains that it has awarded Microsoft the contract. But Amazon has appealed this, saying it should be awarded the contract based on merit. Amazon says it believes the President of the United States meddled in the procurement process for political reasons.

While the appeal hangs in the balance, nothing is quite certain. If Amazon does get the contract, it will almost certainly get a price bump.

Meanwhile, however, it remains dominant on the global stage.

Amazon maintains control of the cloud market ahead of its competitor, the Microsoft Azure Cloud, with 33%. Microsoft has 15%.

Funny enough, Snowflake Inc. (NASDAQ: SNOW), a cloud company that boasts the purest data cloud around, is even built right on top of Amazon Web Services architecture. It recently had the biggest tech IPO of the decade at $3.4 billion.

But if Snowflake is as successful as expected, Amazon may be able acquire it or create its own alternative with little resistance.

Amazon could still see more growth from yet another sector...

Another offering to look forward to is Luna, Amazon's venture into the cloud gaming world.

This is novel territory for many companies - it's gaming in the cloud, divorced from platforms like PlayStation and Xbox. You just sign in from anywhere and play.

Amazon's position in both cloud and streaming TV markets could play into its cloud gaming success, with customers potentially wanting to complete their home tech ecosystems all under one brand.

That would make game sales from Amazon through 2021 inevitable.

Of course, this is merely an additional revenue stream to what it's already generating through e-commerce, streaming services, and devices.

But Amazon has even more tricks up its sleeve with a business that is already generating over $10 billion in revenue.

Nearly half of Americans start their product search on Amazon.com over Google (NASDAQ: GOOGL). It is no wonder Amazon's advertising business is flourishing. The company grew 40% in 2019, and in the fourth quarter, it made a record $4 billion.

Amid the pandemic, users are flocking to e-commerce sites like Amazon more than ever and pushing this business to new levels. This may be the most undervalued Amazon business. It could be similar to when people realized that Amazon was not just an e-commerce site but also a cloud powerhouse.

Currently, advertising is estimated to make up less than 5% of revenue, but like its AWS cloud business, it is very profitable. Large companies are just starting to get the idea of how to use the platform for marketing their products. Just like with Google or Facebook Inc. (NASDAQ: FB), this could be a business worth hundreds of billions on its own.

Here's how Amazon's financials could look next year...

Thanks Mike for this excellent piece on AMZN.