Royal Caribbean stock has become an investor favorite. And for good reason.

The pandemic took down the market last year, but once the dust settled, it was clear that there were two types of stocks. Some, like Amazon.com Inc. (NASDAQ: AMZN) not only survived, but they thrived. Business soared as people ordered almost everything online. Others, like hotels, restaurants, airlines, sports, and entertainment floundered as sales simply dried up. Shares of Royal Caribbean Cruises Ltd. (NYSE: RCL) plummeted more than 80%. 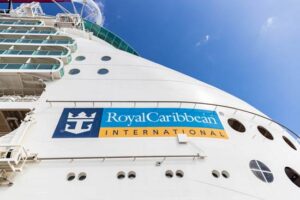 That's going to change in a hurry once the population is vaccinated. And investors are already climbing back into these stocks.

RCL is already up 37% on the year, including a 7% pop on Wednesday alone. The stock has plenty higher to go to catch up to its pre-pandemic level too.

That's what makes it such an enticing buy. But there's an even better way to buy it than scooping up shares right now...

Royal Caribbean Stock Could Be a Steal Right Now

With the light at the end of the tunnel now in sight thanks to proper protocols and several vaccines already in distribution, travel stocks like RCL are going to get a big boost.

According to the CBO, GDP is expected to return to its pre-pandemic levels in the summertime, with jobs fully recovering by early next year. That means people will be dining out, cheering their teams in person, and finally taking that delayed vacation.

Demand for vacations like cruises could explode as people who've been cooped up for a year finally get to indulge in travel.

A year ago, Royal Caribbean was the leader in terms of revenue among the cruise lines ($5.6 billion) as shares were trading at all-time highs. Now, with the economy on its way back, the company has already booked 150,000 for test sailing; it aims to show that a cruise vacation is safe and still fun.

Once it passes that test, the sky - or sea - is the limit. The stock should transition from a slow burner to a rocket ship. And that is what Tom is looking to exploit.

However, that is a lot of capital to tie up just waiting for the next phase of the recovery. We can lower that cost - and the risk - with longer-term options called long-term equity anticipation securities (LEAPS).

And just like regular options, you can make the same profit as on the stock, but on a much smaller move.

You can see your risk is lower because you put up a whole lot less cash to control the same amount of underlying stock. The better part is that you will still get almost the same dollar profit on the LEAPs as you would on the stock if the stock price does climb toward its old highs.

Almost the same dollar return on a much lower investment cost means your profit percentage will soar.

You can either sell the option for a big payday later on, or exercise the contracts and take ownership of RCL stock for $90 a share, no matter how high the stock goes.

Now, if you are still worried that the cruise lines will have a slower climb out of their current hole, then you can lower your cost even more with a spread trade. Basically, you sell a higher-strike call option, and the money you bring in partially offsets the cost of the lower-strike call. You still profit when the stock goes up.

There is a catch in that in order to lower your risk, you have to give up a little profit potential. In other words, your profit will be capped.

So, whether you think cruise lines are going to recover slowly or quickly, using options gives you a better way to buy Royal Caribbean stock than going all in right now. It can lower your risk and maximize your profit potential.