You might've heard about Nio Inc. (NYSE: NIO) and how it was dubbed the "Tesla of China." But even that might not give Nio enough credit, as you'll see in our Nio stock forecast... 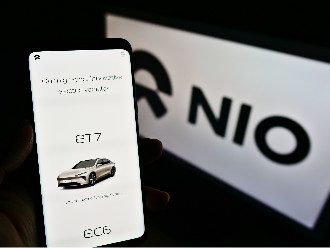 Nio has pulled back since then. But that's not a bad thing. In fact, it means you can get into an EV stock with huge potential at a steep discount.

And though it can be said that Tesla's growth was too much, too soon, Nio stands in almost perfect contrast. It's better equipped to handle an uncertain future by building a reliable foundation for its business rather than building hype around its brand.

As the electric vehicle (EV) industry continues to grow, companies like Ford Motor Co. (NYSE: F) and Toyota Motor Corp. (NYSE: TM) are bound to shake things up. This has already started to chip away at Tesla's market share.

Nio might be under the same threat, but the company is better prepared for it.

That's why our Nio stock forecast has the most significant gains coming in the distant future.

Let's not mince words: Tesla could outsmart legacy carmakers as well. It's just that Nio might stand a better chance.

The Global Push for Clean Energy

The Intergovernmental Panel on Climate Change (IPCC) released its report a few weeks ago. It was made abundantly clear that the shift away from fossil fuels to cleaner energy is crucial to avert further more severe climate disasters.

Many countries reevaluated how they tackle this issue, with EVs playing a role in the solution. This move bodes incredibly well for the EV space.

The long-term demand will continue to grow as countries push for electrification to meet net-zero emission targets. That demand forecasts rising sales between 2022 to 2030.

In fact, the International Energy Agency (IEA) suggests that the inventory of EVs across the world will reach 145 million units by 2030. That accounts for 7% of all vehicles across the globe.

The EV30@30 campaign, which is backed by Canada, China, Finland, France, India, Japan, Mexico, the Netherlands, Norway, and Sweden, is aiming for EVs to make up at least 30% of new auto sales by 2030.

Meanwhile, the China Association of Automobile Manufacturers (CAAM) reported that the sales of new energy vehicles (NEVs), including hybrid plug-in and battery electric vehicles, are expected to hit 5 million units by the end of 2022 - up 47% from 2021.

As a result, NIO is ramping up its production.

And the numbers remain solid in more recent months: Nio delivered 9,652 vehicles for an increase of 33.6% year over year in January.

But it doesn't end there...

Not only is Nio able to deliver consistent numbers, but the EV automaker also continues to produce new vehicles that excite consumers.

In December of 2021, Nio unveiled the ET5, the company's mid-size EV sedan, and the ET7, a larger EV sedan. Both models are expected to hit the road sometime this spring. And chief executive Qin Lihong shared that the ES7, an all-new SUV, will be revealed at the Beijing Autoshow in April.

These vehicles will first be introduced in Germany. That's because Europe is expected to see the biggest shift to EV by 2027, with an annual growth rate of 25%. Globally, the EV market will reach $802.81 billion by 2027.

Either way you spin it, Nio is in a fantastic position to benefit from this shift toward EVs worldwide.

And with NIO stock down from previous 52-week highs of $55.13 per share to $22.56 per share, this EV stock is a bargain with great potential.

Analysts over at CNN set a median price prediction of $34.02 for an increase of a little more than 50%.