When it comes to investing, the road to wealth is paved by tech. 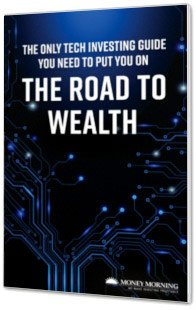 But that doesn't account for the stock splits along the way. In fact, it would have taken just $570 invested in AMZN at its IPO price to give you a total of $1 million today.

Those returns, according to The Wall Street Journal, have made Amazon the most profitable U.S. stock since 1926.

Of course, Amazon isn't the only tech company that's crushing the rest of the market. In fact, four of the five biggest wealth-creating stocks in modern history have been tech-oriented stocks. 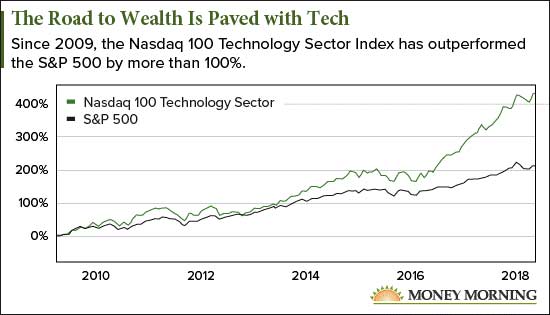 Put simply, if you want to crush the market, you invest in tech.

You also establish the right guide to help you separate the winners from the losers. That's where Money Morning tech investing expert Michael Robinson comes in.

Michael is a 34-year Silicon Valley veteran and one of the top tech financial analysts working today. In his time covering technology investing for Money Morning, as well as serving as the editor of Nova-X Report and Radical Technology Profits, Michael has delivered one winner after another.

These winners are the result of five simple rules Michael has developed in order to identify the companies that can deliver big returns.

Armed with these five rules, he'll guide you to the same winning returns in the coming years.