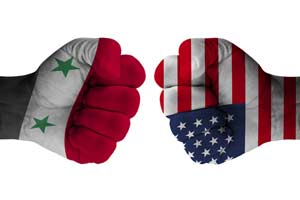 In Dow Jones news today, the Dow fell nearly seven points because of the weaker than expected March jobs report and uncertainty following the U.S. military's strike on a Syrian airbase last night.

Trending: Are We Going to War with Russia?