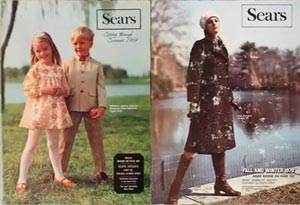 Every year, families would pour over the Sears "wish book" in hopes of identifying the perfect holiday gift for their loved ones - or more likely, themselves.

At its peak in the 1970s, Sears had thousands of stores across the continental United States, had expanded into financial services and the insurance business, and even had its own pre-web online portal - a true novelty at the time.

But between then and now, the company has gone from being unstoppable to publicly admitting that it may not survive.

There are six key reasons why Sears has failed, according to Money Morning Executive Editor Bill Patalon.

Sure, CEO Eddie Lampert is one of them. In fact, even Sears' employees cite Lampert's aggressive nature and unavailability as one of the primary reasons that the retail giant's culture started to crumble from the top down.

"The only way you saw Eddie was through a screen," one former executive told BI earlier this year. "We used to joke about who had to go upstairs to get fixed and see Oz."

However, Lampert's behavior managerial style and poor business decisions aren't the sole reason Sears failed. Indeed, there are five other key trends that have contributed to Sears' downfall. In the latest installment of his "Stock Talks" series, Bill discusses each one in detail - and how to profit.

Sure, Amazon.com Inc. (NYSE: AMZN) is the obvious choice in the retail space. But Bill has found Sears' spiritual successor, a company that brings people together in the same way that the once great retailer used to.

And you can check it out, right now...

It's very rare, and fleeting, and Bill sees things lining up perfectly to bring some very sizeable precious metal profits to well-positioned investors.
Click here to check out his research...

I had the nicest complement for Bill. But even though they have a comment section… they really don't want valuable comments. So be i.t.