The recent proliferation of Bitcoin hedge funds is a powerful indication that expert investors think they've found the Next Big Thing.

About a half dozen Bitcoin hedge funds have launched just this year alone. That means the people who spend most of their time looking for the best places to put large amounts of money to deliver maximum returns see a hugely profitable future in Bitcoin. 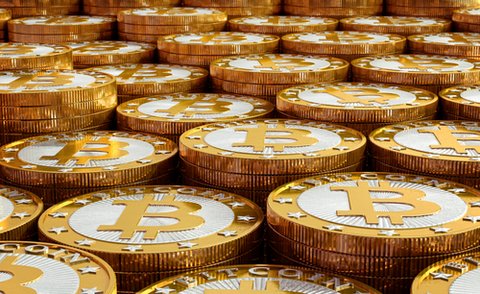 These days the 50-year-old Masters is the co-principal of commodity trading firm Global Advisors Jersey Ltd., which trades up to $2 billion of energy and equities annually.

His Bitcoin hedge fund is called the Global Advisors Bitcoin Investment Fund (GABI), and like most hedge funds is only available to well-heeled, accredited investors. (Retail investors in the U.S. will need to wait for the regulatory approval of the Winklevoss Bitcoin Trust, a Bitcoin ETF that will trade on the Nasdaq under the symbol COIN, or SecondMarket's Bitcoin Investment Trust.)

GABI is based on the island of Jersey, a British crown dependency which sits off the French coast and is a well-known tax haven.

For now that means even wealthy U.S. investors won't be able to buy into GABI – initially the fund will be targeted to U.K., European, and Middle Eastern investors. But Masters has plans to eventually launch a companion U.S. Bitcoin hedge fund.

"The way I see it, Bitcoin is just another commodity, like oil," Masters told Newsweek. "The state of Bitcoin is a lot like the state of the oil market 25 years ago, where you had a lot of these transactions happening merchant to merchant, this product that everyone wanted and could use but whose prices were very, very volatile, very shaky."

And Masters has set an ambitious rollout, anticipating that GABI will attain $200 million in Bitcoin investment in its first six months alone.

It's the vast and unknown potential of Bitcoin that has attracted the attention of the hedge fund crowd.

am gonna be a billionare