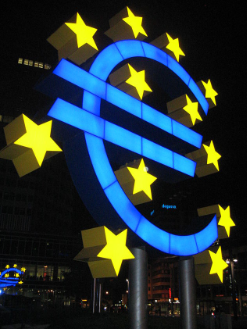 On Wednesday, stocks remained relatively unchanged, maintaining their record highs. On the international front, the German 10-year bund yield struck a record low yesterday, falling to 0.91%. European equity and bond markets are quickly reacting to increased speculation that the European Central Bank (ECB) will begin its own massive round of quantitative easing.

Last week, ECB President Mario Draghi said in a speech that the central bank could begin stimulus efforts very soon to help refuel struggling economies in Germany, Italy, and Spain, among others. Despite the optimism, many analysts remain divided on whether the ECB will act as soon as next week or wait until some point in the fall.