Market volatility is back with a vengeance. And until it calms down, which right now it's in no mood to do, volatility is likely going to increase.

However, things aren't exactly what they seem to be. The jumping in and out isn't being done by individual investors – it just looks that way. And that itself is even more telling, but of something completely different.

Here's the truth about the new volatility. First of all, it's part of the system now. Second, volatility will always increase when markets head south or when nervousness pervades. 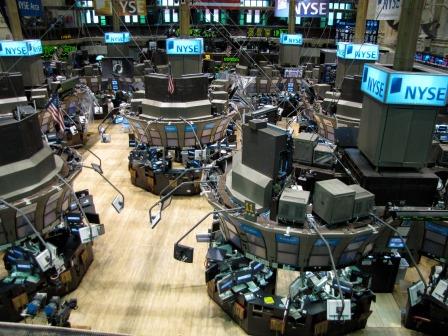 Market volatility has many meanings, and how you slice it and dice it or measure it is another conversation, and a long and complicated one. But there's a simple understanding of volatility that you absolutely must grasp and not let go of. All other means of describing volatility are part and parcel to the essence of the new volatility.

The "new volatility," which I'm coining here and now, refers to the big moves (with "big" always being relative) that stocks make. Stocks come first. There is no "market" without individual stocks.

Whenever there is nervousness, especially when a stock, stocks, or the market is going down, spreads "widen."

The reason spreads widen is straightforward.