That's the new Wall Street mantra, as evidenced by happenings in the "price fixing" world.

Talk about irony. "Fixing" or "fix" are Wall Street terms used to describe how benchmarks are priced on hundreds of instruments, from the Libor and other foreign currency exchange rates to gold, silver, and swaps. 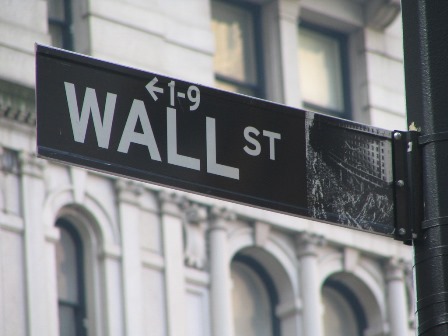 In all fairness, "fix" didn't start out as a Wall Street term.

It's been around, but Wall Street eagerly joined 'em.

Now, join me as I tell you all about this fix we're in...

Most stocks trade on exchanges, and their prices are determined by those trades, and so the closing price of a stock is generally the last price at which it traded. On the other hand, benchmarks (not including stock-market benchmarks) are "fixed."

Take the Libor, for example - it's fixed. The London Interbank Offered Rate is actually a series of interest-rate benchmarks in different currencies for different durations.

The Libor is the most widely used interest-rate benchmark in the world. Interest rates on all kinds of loans are based on Libor plus some additional "spread" above the base Libor rate.

But Libor itself isn't determined on any exchange, or where loans are traded over the counter, or necessarily by any actual transactions. Libor is fixed by a fixing panel.

That means the select, small panel of bankers who trade Libor (interest-rate traders) get together, through computers (for some instruments, sometimes by phone), and fix, which means determine or price, benchmarks. Those benchmarks are then used for valuation purposes, including pricing trade blotters and balance sheet assets, for loan pricing, and to trade against.

While the methodologies used to determine fixes are different, in all cases where benchmarks are fixed by panels, the input of the bankers is what results in the output.

But here's where things get a little... funny.

I am a rookie trader. I really like your take on "short-side trades". ( have not yet purchased your "short-side" service) But I have been unable to find options explained, clearly, from the perspective of "the guy who does not own the underlying stocks/commodities". All of the info I find on options seems to be written from the perspective of someone who already owns the underlying. I understand that you have a service to sell, and I respect that, but could you shed some light on PUTS / shorting the market at the rookie level ? I don't expect you to tip your hand for free. could you recommend some reading / sites I could visit were I could examine options from the perspective of ENTERING INTO underlying positions in the market. Especially for using PUTS. ( gold comes to mind….. as do airlines with the ebola fears…)