While the markets did not quite make it to official stock market correction territory this week, the 6% drop in less than a month should have reminded investors that they always need to be prepared for a downturn.

And mind you – despite a rebound today (Friday), this correction may not be over. 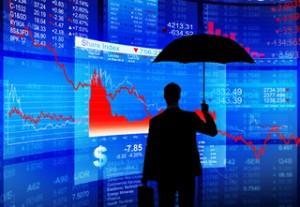 We have an almost countless number of negative triggers – from the Ebola virus to the threat of Islamic terrorist attacks – that could strike at any time.

Any one of these triggers could quickly drive the stock market the rest of the way to a 10% correction, or a 15% correction – or worse.

When markets plunge, people get nervous. We're only human. But the worst response to a stock market correction is to let emotions dictate your tactics.

Times like these are why investors need to have a sound, long-term strategy they can rely on to get them through the rough patches. Helping individual investors mold such a strategy is why Money Morning was created.

When it comes to corrections, the first thing you need to know is that stock market downturns are a fact of investing.

While that may seem self-evident, many retail investors fail to plan for market corrections. That can lead to a reactive strategy based on emotions, which is OK if you don't mind returns that lag the overall market.

The second big point is investors should not view stock market corrections as a bad thing.

"Reversals are very, very rarely anything more than a short-term adjustment," Fitz-Gerald said. "It usually means many great companies are going on sale."

Rather than dwell on short-term losses, Fitz-Gerald says investors should be looking for opportunities.

"There are a lot of ways you can profit when the markets change direction," he said. "In fact, the menu of choices makes ordering designer coffee seem positively simple."