With so much to do, one thing Musk doesn't spend time worrying about is the short-term performance of TSLA stock.

"I don't really follow the stock that much. I think sometimes the stock moves for random reasons," Musk told Bloomberg this month. "If [TSLA] ends up being a mood barometer, then it's not a happy life." 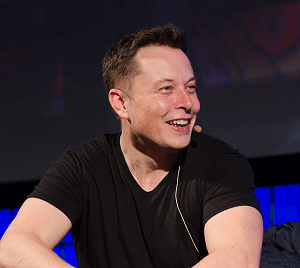 Musk's point is fair. Tesla stock is one of the most volatile on the market.

Tesla is a relatively young company, (founded in 2003), and it operates in a new industry. The electric-vehicle sector is viewed as revolutionary by supporters and as impractical by detractors. When news breaks that supports either side of the argument, the stock sees huge price swings.

"In the short term it's difficult to predict these fluctuations," Musk said.

In October 2013, he told reporters, "The stock price that we have is more than we have any right to deserve." At the time, TSLA shares were $165 each. In the next month, they dipped 26%.

"I do think people sometimes get carried away with our stock," he said. "I think our stock price is kind of high right now, to be totally honest. Or rather, let me put it to you this way: If you care about the long-term of Tesla, I think the stock is a good price. If you're looking at the short-term, it's less clear."

Once again, TSLA stock fell in the following month. This time 9%.

It's strange to hear a CEO dismiss the short-term performance of his company's stock in such a flippant manner. Especially when it's climbed more than 600% in less than two years.

But it's because the long-term success of Tesla is Musk's biggest priority. What the stock does day-to-day is trivial compared to what it could do in the next five to ten years.

And here's what Musk is doing to make TSLA head higher down the road...