It's easy to get overwhelmed by the reams of contradictory data out there.

After all, the U.S. Department of Commerce has boosted its estimate of gross domestic product (GDP) growth to a 3.9% annual pace from last month's estimate of 3.5%. That creamed economists' predictions of a fall back to 3.3% growth.

On the other hand, the Conference Board reported that the consumer confidence number fell to its lowest level since June.

Markets were up and then down on the news last Monday - and ended the day mostly flat. It's enough to drive tech investors crazy.

But I'm not worried about the economy. Or the tech sector for that matter.

That's because all three of my "Overload Busters" - you could call them the "real news" - are moving in positive directions.

These three indicators cut through the floods of data every time. They've long proven to be accurate barometers of the markets - and surefire ways to instigate profits.

It's taken me an honors degree in economics and 30 years of tech investing to hone this system to perfection. But it's actually a pretty simple system that tech investors like you can pick up and start following immediately.

Overload Buster No. 1: Jobs and the Economy

In the early part of the economic recovery, high-tech companies weren't too concerned about job growth. That's because the "jobless recovery" in 2009 and 2010 actually helped the tech sector.

With sales rising, firms were able to improve productivity and increase profit margins without adding to their labor costs. Instead of people, they invested in software, business electronics, cloud computing and robotics.

However, no industry can keep growing without solid economic expansion and lower unemployment. After all, people need jobs in order to afford the latest smartphones, HDTVs, and connected cars.

By employment standards, 2014 is now a growth year. The economy has added an average of more than 200,000 jobs for nine months in a row. That's the highest rate since 1995. 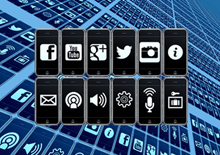 Unemployment continues to fall. It recently dropped to 5.8%, the lowest level in a decade. And jobless claims as a percentage of the workforce are the lowest they've been since the government began keeping these stats back in the 1970s.

We've also had two strong growth quarters in a row for the U.S. economy, as defined by GDP. It came in at 3.5% in the third quarter, beating forecasts of 3.1% by nearly 13%.

Next, I look at profit growth not only in the stocks I follow but also in the various markets. Here's why.