What if I told you the safest (and by far the biggest) market in the world isn't safe anymore?

The U.S. Treasury market is worth more than $12 trillion. That's twice as big as the next two biggest nations' debt securities combined - and it's believed without question to be the safest market in the world.

Whenever there's a panic and the markets freak out, investors dump stocks and buy Treasuries. That's the so-called "flight to quality."

However, before the recent new market highs, back on Oct. 15, when the last full-on flight to quality exploded, the U.S. Treasury market failed to do what it had always done.

It failed to be safe.

And nobody's talking about it.

Today, I'm going to talk about it - and I'll show you how this lack of safety will impede your ability to invest and make a profit in the future...

A Flight to Fear

Maybe it's just because it's too frightening to talk about. 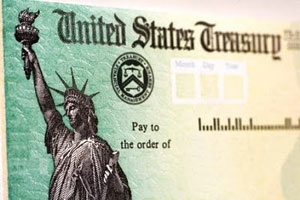 There's no maybe about it. No one is talking about it for all the above reasons.

Early on Oct. 15, right after the U.S. markets opened at 9:30, for 10 crazy minutes, and then throughout the rest of the day, Treasury prices soared and yields collapsed on 10-year notes.

It was a full-on flight to quality on the heels of Asian stocks getting hit by new recession fears, rising interest rates on European peripheral sovereign bonds, slower growth numbers coming out of China, and blaring headline news about Ebola. Global equity markets were in a panic, and when the U.S. markets opened they tanked.

Trading volume in Treasuries that day soared to a record. The largest interdealer government bond broker in the world, ICAP, tallied $946 billion worth of Treasuries changing hands.

Here's what was so scary.

The trouble will start sooner than we think. All the big players are pulling off the table; Russia, China and Belgium cannot help much any more. What are the ways to by future investments in order to keep your money in your pocket? The experts should voice it out.