Every 10 or 20 years a series of watershed events come together that change the face of the international energy picture.

The Saudi-led war on crude oil prices is one of these pivotal situations.

And while others fret about what the OPEC production move means, I'm actually meeting with the guys who made the decision.

I can tell you that what's unfolding here in the desert will have a decisive impact on producers, end users, and government/corporate policymakers worldwide.

Of course, I've been involved in a fair share of all of this for over 40 years, from both the public and private sector side.

Much of that is coming together in my current slate of meetings with some of the most powerful people in the energy world.

What I learn in these gatherings will allow everyday investors to make some heavy money as these pivotal changes kick in...

Next Stop: The Financial Capital of the Energy World

The last leg of these foreign travels begins early Saturday morning when I depart Dubai for London. On the schedule are meetings with key figures in London's financial district, also known as "The City."

It's the final piece of a broader strategy I'm forging to benefit from the next big moves in the energy sector. 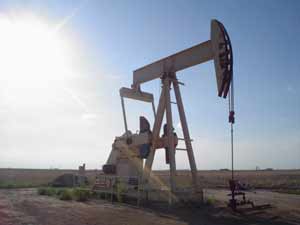 Central to these discussions will be the information I'm bringing from earlier sessions with bankers in Paris, dealmakers in Frankfurt, and OPEC members here in the Middle East. London is where it will all come together.

The reason is simple.

More money for oil and gas deals is raised in the three-mile radius from the Liverpool Street station in London than anywhere else in the world. Whatever is developed elsewhere more often than not ends up being bankrolled in "The City."

But before I begin with what I am taking with me from the desert, I need to make one point up front: So little of what you are hearing from the pundits has any relationship to what's really coming in oil. The majority of the information flowing from the "instant analysts" on the tube is incorrect.

Here's what they're getting wrong...

The question remains: how long will it take for a cutback in U.S. tight and shale oil production to develop?

Overall a good article. But I do not agree with you about Russia's ability to weather the low oil price storm. In his annual address to the nation, Putin sounded desperate when he offered for crooks and gangsters, who have been hiding money outside of Russia, to be able to bring that money back into Russia with no questions asked and no criminal charges for hiding that money. The bond issue that Russia floated this week, in order to finance the upcoming deficit, was a disaster because the bids were coming in at just under 13%. Russia actually withdrew the bond offer because that high rate is unaffordable to Russia, and so they are hoping for circumstances to change in the near future. Because of Russia's invasion of Crimea and eastern Ukraine, it may be a while before Russia is able to finance the deficit and the low oil prices combined with Western sanctions, are killing the Russian economy.

What are you expecting for oil prices in 2015? As a money map #1 and #2 investor, obviously I am concerned about cash flow from these projects and long term outlook.

First of all you have missed the most important point in all this. The Saudi's and probably many of the other countries in OPEC have hedged at least some of there oil production. Saudi Aramco has hedged at least some if not all their production for a period of time. I don't know how much or how long since it is a stated owned oil company. I read an article that Mexico has hedged its production for all of 2015. At the present time most of the hedging is done through derivatives. With the hedging done by US and foreign companies, and foreign countries oil companies I would expect the minimum losses would be at least 50 billion and could reach up to 600 to 700 billion dollars if OPEC and Russia are fully hedged for the next year to year or more. Who are the counter parties on these derivatives? Probably hedge funds, banks, brokerage houses, some individuals, and maybe some insurance companies like AIG was on mortgages. This could have a major impact on the worlds financial system.

I assume they plan on driving down the price of oil at least to the $30 to $40 dollar range.

I think the Saudi's are forcing down the price of oil to bankrupt smaller oil exploration companies and to stall the conversion of transportation vehicles to natural gas, hybrid vehicles, and electric vehicles.

companys and can not afford to drill with oil prices below 90.00 dollars per barrel